I was just released from R.I.C. after a nearly 4 month stay. Chicago is about 2 hours west of Rockford and at parts on the way home there were people riding bikes. I kept this image in the back of my mind as we continued home. A few months passed from being home, day rehab was slowly becoming boring, I had given hope on returning back to McDonalds as a Shift Supervisor, and I lost my battle with staying in the military. I really had nothing going for me.

My mom asked me what I wanted to do. College was on my mind but that presented its own challenges and its own blog post. That image of bikes came forward and came out.

Now I was still in a wheelchair so I wasn’t sure how this would work. The Park District had a lose the training wheels program that I could have enrolled in if it weren’t the fact that I had to be able to stomp my feet quickly.

Fail again and back to square one.

Well then someone mentioned trike to me. I was thinking one of those little red trikes and oh hell no do I want to be seen on one of those.

Back to square one again.

A few weeks later I got an invite to a military paracycling camp; they had single bikes, tandem bikes, and handcycles to use. I would get to use a handcycle. Well after not even a day of using a handcycle I pulled something in my shoulder.

Fail again or so I thought. I really was going to give up trying. Well Coach Jim had an idea with a type of bike that was uncommon in the USA; a U.C.I. trike. It was a bike with two back wheels. He put me in touch with the sole original user in the USA, Steve Peace.

He loaned me an axle and I started riding. I loved being free and this I could do! 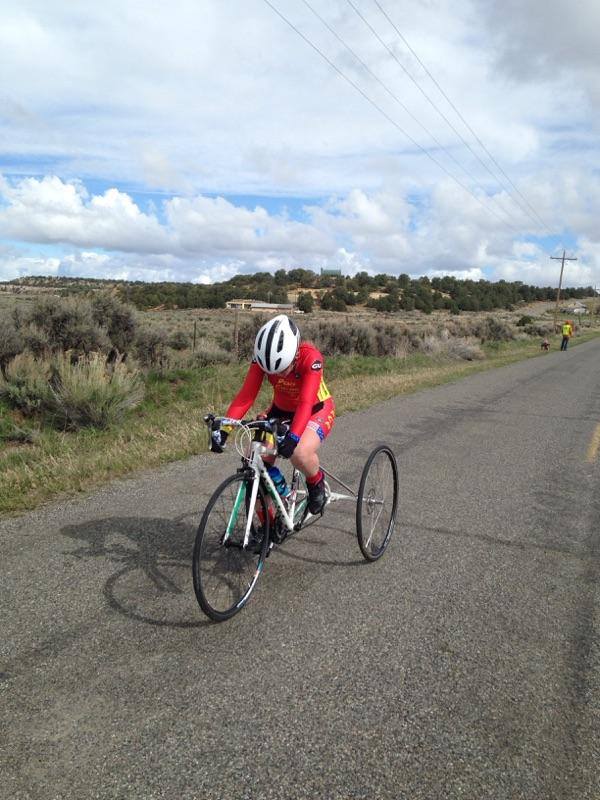 Fast forward many years and I have been to South Africa, Belgium, Italy, Canada, and all over the USA competing on that trike.

I have been to numerous Soldier Ride’s, other activities with WWP, Team RWB, Operation Rebound, Project Mobility, USMES, and Project Hero.

It has helped to give me a sense of normalcy and belonging. Are you where you belong?