Almost 12 years ago I was in a wheelchair.

I had this crazy idea to ride a bike and with my balance issue this seemed impossible.

I finally gave in and rode an upright granny trike that was so generously purchased by Salute Inc.

A few years passed and I grew out of it so Salute Inc stepped in and bought me a recumbent trike.

I began to compete in the Midwest Valor Games in cycling and did surprisingly well.

I must have caught someone’s attention because shortly after in 2013 I was invited to a military paracycling camp. They tried me on the handcycle because I couldn’t ride a 2 wheel bike. By the next day I was frustrated because I had thrown my shoulder out and I didn’t think I would be able to ride and compete internationally.

That’s when the coach introduced me to Steve Peace, a trike rider.

I got sent an axle to convert a bike into a 3 wheel bike. I was hooked.

That first year I was only able to ride half a mile.

Don’t give up on your dreams! They can come true if you believe. 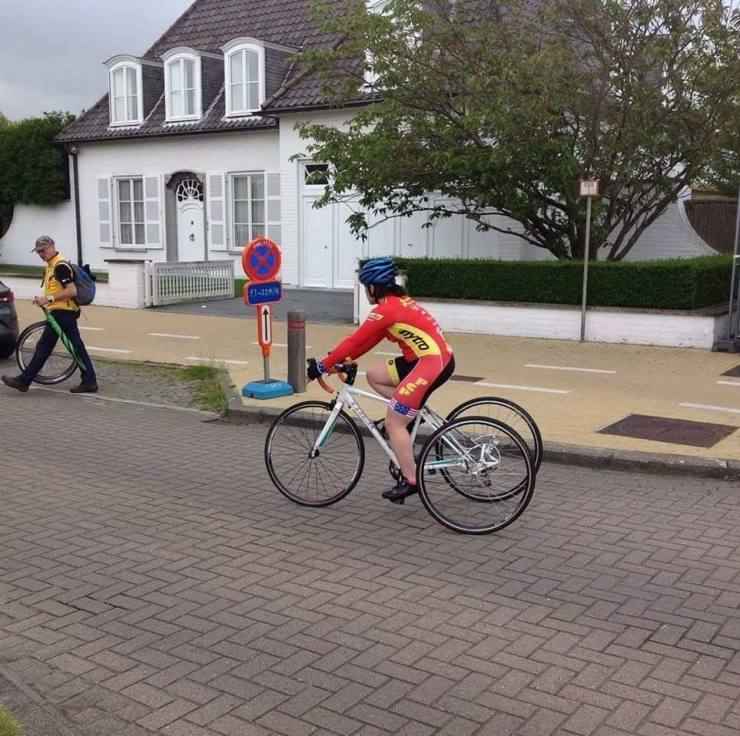 4 thoughts on “Time flies when you’re having fun!”