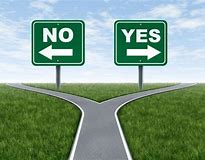 Not really, it came really close though.

Has there been a time when you know you should have done something but didn’t for whatever reason?

Maybe you were trying to save a few minutes?

Maybe you had this bright idea to try to beat traffic?

Maybe you just weren’t feeling it?

Maybe you just wanted to test whatever it was?

next time, you probably should listen to your gut.

Don’t push not doing something any more than you need to.

That extra few minutes might not make it in the end. Something may take you longer because you didn’t.

I really hate driving in Chicago traffic and I try to avoid it at whatever costs! When the opportunity came up for a QuickBooks Online training in a suburb of Chicago, Oak Brook, I couldn’t pass that up.

Getting there was no problem at all. However, getting home was quite a different story. After moving a mile in about 20 minutes, I FINALLY got to the exit. However in the process I almost got hit three times, played cat n mouse with a couple trucks, and was cut off a few times. It was not fun at all!

Are you pushing to the limit and ignoring your gut? I will suggest that it probably isn’t a good idea!