Today is the day that we celebrate America’s freedom.

I can’t say it enough but thank you to all those who are currently serving, those who have died for our country, and all of the veterans that are still alive.

Even though it feels like triple digits, parades went on as planned. BBQ’s went on. There will be fireworks later.

Even with this amount of heat, I am a bit shocked with the amount of people I saw in Cherry Valley, IL at the parade earlier.

Sure some may have been there for the candy but I doubt that. 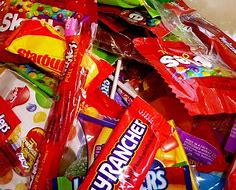 The freezer pops that were handed out helped a little but not much to keep cool.

Even with this Nation that is often divided we all come together to honor our freedom and the people that founded America and fought for our freedom.

Not everyone will enjoy this day in its entirety. Dogs will get spooked by the firetrucks and the fireworks. Those that can’t stand the heat or humidity may not be seen at a parade or even fireworks. Service members and Veterans may have PTSD and this scenario is just difficult for them.

3 thoughts on “Thank you for your service”